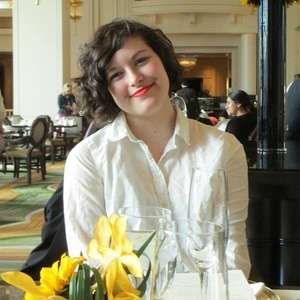 We chatted with Amy about gender disparity in voice acting, queer indie games research, WoW Raid design and starting a feminist gaming club at her college among lots of things!

We were featured in FemHype’s Sunday Loot on August 2nd! They had a piece every Sunday about a different topic or highlighting folks in the gaming space. We got a lovely write up along with our Brookago bro’s Spawn on Me, AppleCider Mage and Tzoefit on Justice Points, Anna Tarkov and Jessica Dennis from Unconsoleable, BTAPodcast Network, along with a few other podcasts we didn’t know about.

David had a question about the game Amy made: There’s a Bee in Here

What’s Wrong with Being a Fangirl? Can’t Talk Media - Andrew Baker (@ABakerN7) (in response to the Telegraph piece: Fangirling your Faves is Cheap and Childish

The intro is from Magical Girls Can Trap by MGC.

The song at the end is Cold Like Metal (sinyk x juliustherobot) by MGC.

Both are from the album Magical Girls Run the World.