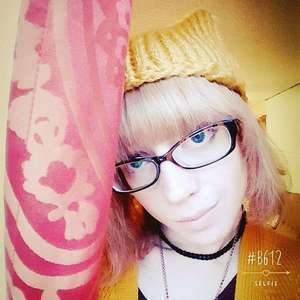 We hit all the right notes in our convo with Guild Wars 2 dev, Lena Chappelle! We talked about design, composing music for games and learned that Lena is also a published SFF author!

We’re part of the Geeked.fm network along with Geeks in Sneaks, Chromatic Life and More than Bits. We have tees, and other items in the #INeedDiverseGames spreadshirt shop. We’re splitting the profits 50/50 with Chachibobinks. We’ve got a blog to compliment the show! Follow us at outoftokenscast.com If you have questions, compliments, hate mail feel free to drop a note at freshoutoftokens@gmail.com as well. Follow us on Twitter; @OutOfTokensCast

•You can only listen to one album for the next 6 months. What do you choose?

Note: These came in via the GW Tumblr community: [Lena couldn't address these but we did them generally as best we could]

•For the 2015 Halloween event, some of the event drop dyes were named in a way that was upsetting to the fan base because they were disrespectful to the mentally ill. Based on fan reaction, they were changed before release. [someone found the names via datamining] Can you talk about the feedback and response that lead to the changes before it went live?

•There’s not a lot of natural hair options available despite being able to make a (visibly) POC character. Will there be options added? Norns having locs and other natural hairstyles available were examples.

•Related to these two questions; would having more POC/LGBTQIA people involved in the writing and art processes have prevented a stumble like the poorly named dyes, or lack of natural hair options?

Lena: Amplitude, The Witness, We Know the Devil, Rocket League

David: WarThunder, RedShirt, Vampire: the Masquerade - Bloodlines (I saw an early build of Rite of Harvest in Portland)

Other Podcasts: Gosh, Cartoons! & a new one that isn’t set in stone yet