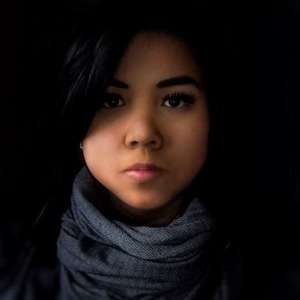 We have tees, and other items in the #INeedDiverseGames spreadshirt shop. We’re splitting the profits 50/50 with @Chachibobinks. There’s a blog to compliment the show! Follow us at outoftokenscast.com If you have questions, compliments, feedback, feel free to drop a note there or at freshoutoftokens@gmail.com. You can also @ us at @OutOfTokensCast.

What is one of your favorite games, artistically?

If you could change anything about character generators in games, what would it be?

If you could have a soundtrack for Project Solace, who would create it?