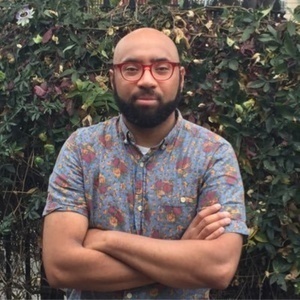 We have tees, and other items in the #INeedDiverseGames spreadshirt shop. We’re splitting the profits 50/50 with @Chachibobinks. There’s a blog to compliment the show! Follow us at outoftokenscast.com If you have questions, compliments, episode or guest feedback; feel free to drop a note there as well. You can also @ us on twitter; @OutOfTokensCast or email us freshoutoftokens@gmail.com.

Our questions for Charles:

Tell us a little bit about you, who you are, what you do?

I love that you have Senior Black Writer in your twitter bio. Is there a story behind that?

So Mafia III, and Lincoln Clay. How did you get involved with the game?

Is there any of you in Lincoln and how he’s written?

The game does not flinch from racism, how hard did you (and the team) have to push to get this to happen?

Do you think other games will start to address racism rather than half-stepping around it as they usually do?

There’s been an “interesting” disparity in reviews of the game. I’ve noticed a lot of white reviewers noting they feel fatigued by all the racism, and don’t understand why it’s there. Did you expect once reviews started dropping?

Will the blunt way racism is presented in the main game continue with future content for Mafia III?

Do you find that trying to have discussions about race and racism in games tiring, especially with all the pushback from people who can’t understand why this is important?

We’re seeing more black male leads in games finally. Do you think Mafia III and other games are a turning point for more representation?

Aside from being senior black writer, what’s next for you? (that you can talk about of course)

Charles: Nothing right now, small human and working on Mafia III DLC is taking all his time.

From New Bordeux to Harlem: Strong Women in Service to Men – Not Your Mama’s Gamer

Where to find your host online: